Be my Valentine and Receive a Dozen Roses

Baba's Beeswax is turning 25 and is celebrating with a dozen free roses to everyone who attends our Valentine's Workshops.  We love giving away free things. These gorgeous 40 cm roses are freshly-picked in Kenya and are just waiting to open up in a vase. We have red, pink, orange and white. They're so gorgeous—it will be hard to decide which colour to choose. What better way to celebrate our birthday! 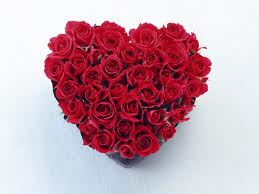 Posted by Baba's Beeswax | Discover the Magic of Pysanky at 06:39 1 comment:

Thanks to a reliable admirer in Ontario, 31.39 grams of 99.99% pure silver is on a long journey to a very revered place in my pysanka collection. I'm so excited to be the recipient of the Traditional Ukrainian Pysanka coin issued by the Royal Canadian Mint (2016). The coin is a first, but regrettably, the mintage was only 4000.
The colourful egg-shaped pattern of a pysanka is one of the most beloved forms of traditional Ukrainian folk art. I am proud to be included in the 10% of Canada's population who are of Ukrainian heritage and celebrating our 125th Anniversary of settlement from coast to coast to coast.
The breathtaking design was created by Canadian artist Ann C. Morash (reverse) and Susanna Blunt (obverse). It captures intricate beauty with its rich symbolic meaning and colours: yellow for youth and purity; red for the joy and passion in life; green for hope and renewal; and black suggesting the darkest time before dawn.
At the top and bottom of the egg are large flowers which symbolize love, goodwill and the beauty of nature. These are framed by bands of waves that speak of water's life-giving properties. Beneath the waves at the top are stylized depictions of the sun and stars, which symbolize life, fortune and growth. A reinterpretation of these also appear in the centre, where they alternate with evergreen boughs that represent eternal health and youth. When combined, the colours and motifs result in a design that is open to many interpretations, but that is nonetheless a vibrant celebration of a full and colourful life.
Not only is Canada celebrating the 125th anniversary of Ukrainian settlement, but also Baba's Beeswax is turning 25. We're celebrating with lots of events, offers and gifts in the coming year.
The current state of the Canadian dollar may be weak, but this $20 silver egg-shaped pysanka coin is priceless!


Posted by Baba's Beeswax | Discover the Magic of Pysanky at 18:04 3 comments:

Baba's Beeswax | Discover the Magic of Pysanky
Richmond, BC, Canada
Everything you need to make beautiful pysanky Ukrainian Easter eggs the traditional way—from kits and supplies to books and workshops. Making a pysanka is easy, fun and affordable/